U.S. equities moved lower for the week as fears stemming from a novel coronavirus outbreak in Wuhan, China dominated headlines and overshadowed the beginning of fourth-quarter corporate earnings season and domestic economic releases. A deadly respiratory virus has spread throughout the central Chinese city, Wuhan, home to an estimated 11 million people, and has made its way to a number of countries across the world, including the U.S. As of Sunday, official figures suggested that more than 2,700 people have been infected with the virus, and 80 people have died within Wuhan. The Chinese government has scrambled to contain the virus, restricting travel for an estimated 56 million people in Wuhan and surrounding cities, as well as, ordering an extension of the Chinese New Year holiday season. While China works to combat the virus, investors fear a prolonged disruption during the historically busy holiday season will significantly impact China’s GDP, especially the tourism industry. Tedros Adhanom Ghebreyesusm, Director General of the World Health Organization, said after the organization declined to declare the outbreak a global public health crisis on Thursday, “Make no mistake, this is an emergency in China, but it has not yet become a global health emergency,” but noted, “It may yet become one.”

In a light week for economic data releases, the results were largely positive. Existing home sales increased 3.6% in the month of December, far above analyst estimates calling for a 1.5% increase and much improved over the lackluster November reading. Friday’s release of the Markit PMI reports saw mostly positive results. The readings for both the services sector and the composite reading topped expectations, but the level reported for the manufacturing sector fell to 51.7, down from 52.4 in December. In geopolitical news, the U.S. embassy in Baghdad was directly hit in a rocket attack on Sunday evening. No group has claimed responsibility for the attack as of this writing and according to early reports, there is at least one person who was injured as a result of the strike.

Market participants are gearing up for a busy week of economic releases as new home sales, durable goods orders, fourth-quarter GDP, and consumer spending figures, among others, dot the economic calendar. The FOMC meets on Tuesday and Wednesday and is widely expected to hold the target range steady at 1.50%–1.75%. 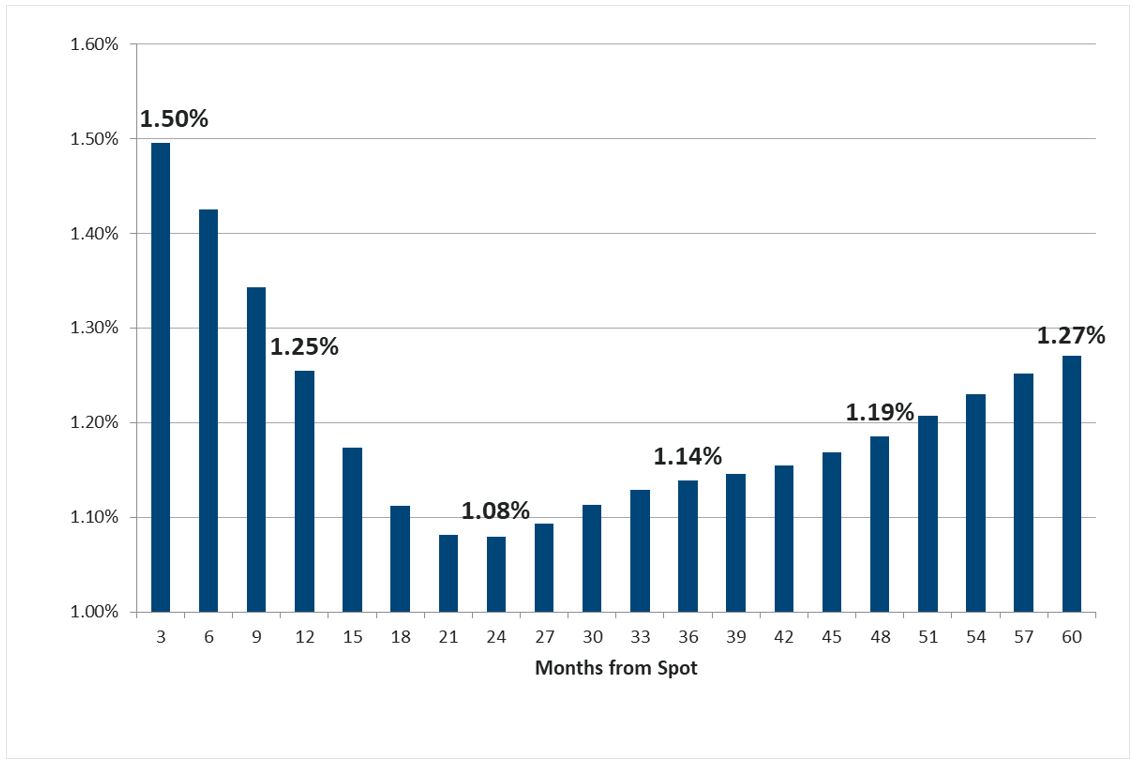 Transactions in over-the-counter derivatives (or “swaps”) have significant risks, including, but not limited to, substantial risk of loss. You should consult your own business, legal, tax and accounting advisers with respect to proposed swap transaction and you should refrain from entering into any swap transaction unless you have fully understood the terms and risks of the transaction, including the extent of your potential risk of loss. This material has been prepared by a sales or trading employee or agent of Chatham Hedging Advisors and could be deemed a solicitation for entering into a derivatives transaction. This material is not a research report prepared by Chatham Hedging Advisors. If you are not an experienced user of the derivatives markets, capable of making independent trading decisions, then you should not rely solely on this communication in making trading decisions. All rights reserved. 20-0019

U.S. equities continued their move higher to start the year setting new all-time highs as the signing of th...