Despite a strong start to fourth-quarter corporate earnings season, U.S. equities and Treasury yields tumbled last week as a worsening coronavirus outbreak in central China soured investor sentiment. The Wuhan coronavirus continued to spread rapidly across China, infecting over 17,000 and killing 362 since the start of the outbreak. The World Health Organization (WHO) declared the new virus a public health emergency on Thursday, a step the organization declined to take the week prior and emphasized that China has the “capacity to control the outbreak.” In the U.S., the number of confirmed cases of the virus has risen to 11 from five the week prior, and the State Department issued its highest-level travel advisory for China, suggesting that citizens should not travel to China and those within China should consider leaving. The Trump administration moved to restrict travel between the U.S. and China on Friday as flights from the U.S. to China will now go through only seven airports and foreign nationals who have recently traveled to China will be denied entry into the country for at least the next 14 days. Speaking on the new restrictions, Health and Human Services Secretary, Alex Azar, described the rationale for the decision saying, “The prudent, targeted, and temporary actions will decrease the pressure on public health officials screening incoming travelers, expedite the processing of U.S. citizens and permanent residents returning from China, and ensure resources are focused on the health and safety of the American people.”

The FOMC unanimously voted to hold the target range steady at 1.50%– 1.75%, as expected, at the conclusion of the committee’s two-day policy meeting and signaled that rates are likely to remain on hold throughout 2020. Speaking on the current position of monetary policy, the FOMC statement said that the target range is “appropriate to support sustained expansion of economic activity,” and is appropriate to support “inflation returning to the committee’s symmetric 2% objective.”

The U.K. officially left the European Union on Friday, three and a half years after the original referendum resulted in a vote to leave, and entered an 11-month “transition period,” where the U.K. will temporarily remain a member of the single market and customs union as the terms of a free-trade agreement are negotiated. Prime Minister Boris Johnson has indicated he would not extend the transition period beyond the December 31, 2020 deadline and said on Monday of the trade negotiations, “The choice is emphatically not deal or no deal. The question is whether we agree to a trading relationship with the EU comparable to Canada’s — or more like Australia’s.”

Market participants are gearing up for another busy week of economic releases as updated figures on the ISM Manufacturing Index, ISM Non-Manufacturing Index, construction spending, factory orders, and the January non-farm payroll report dot the economic calendar. A host of Federal Reserve officials hold speaking engagements throughout the week. 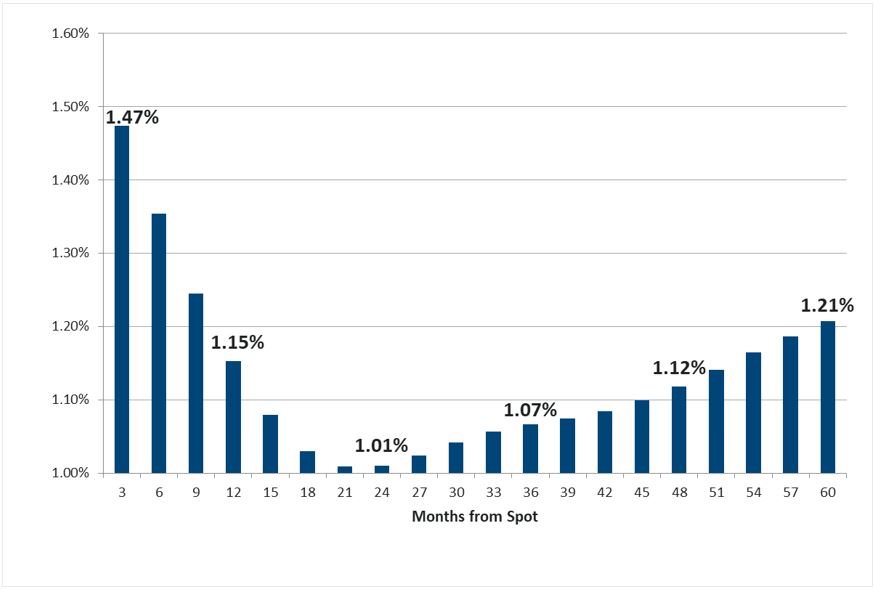 Transactions in over-the-counter derivatives (or “swaps”) have significant risks, including, but not limited to, substantial risk of loss. You should consult your own business, legal, tax and accounting advisers with respect to proposed swap transaction and you should refrain from entering into any swap transaction unless you have fully understood the terms and risks of the transaction, including the extent of your potential risk of loss. This material has been prepared by a sales or trading employee or agent of Chatham Hedging Advisors and could be deemed a solicitation for entering into a derivatives transaction. This material is not a research report prepared by Chatham Hedging Advisors. If you are not an experienced user of the derivatives markets, capable of making independent trading decisions, then you should not rely solely on this communication in making trading decisions. All rights reserved. 20-0024

U.S. equities decreased for the week as fears stemming from a novel coronavirus outbreak in Wuhan, China do...